A distinguishing feature they have is the facial patch.

It's unique like a fingerprint, and vary in sizes between species. In some species it is large while in others it is reduced to a small patch around the eye. 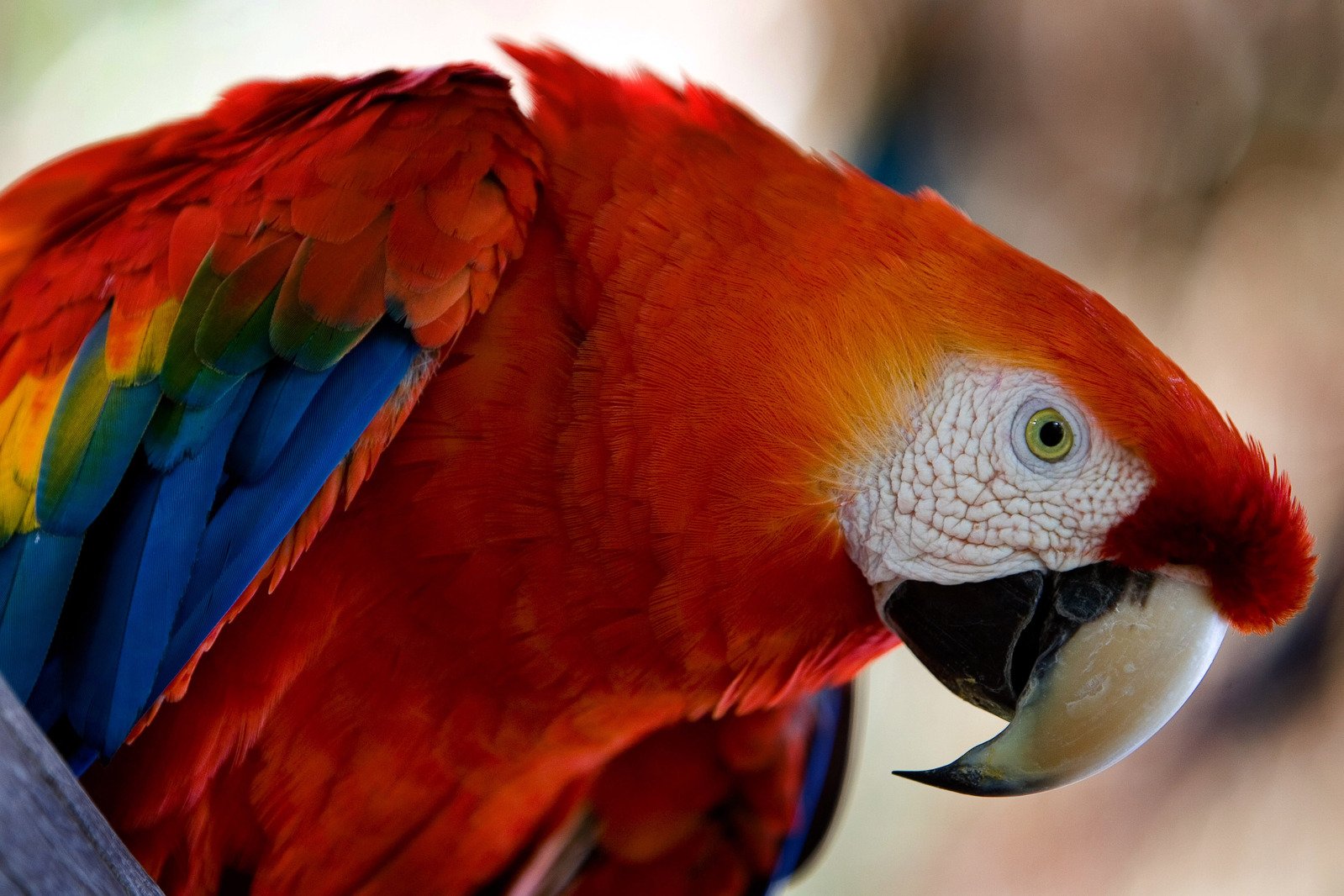 They are found in Central and South American rainforests and some species are quite large. Most species are endangered in the wild, and some are extinct.

Deforestation is threatening them, but the worst threat they have had over the time is trapping for bird trade, which still continues illegally to some extent. Being such spectacular, large and intelligent birds they are a tempting target for bird smugglers. 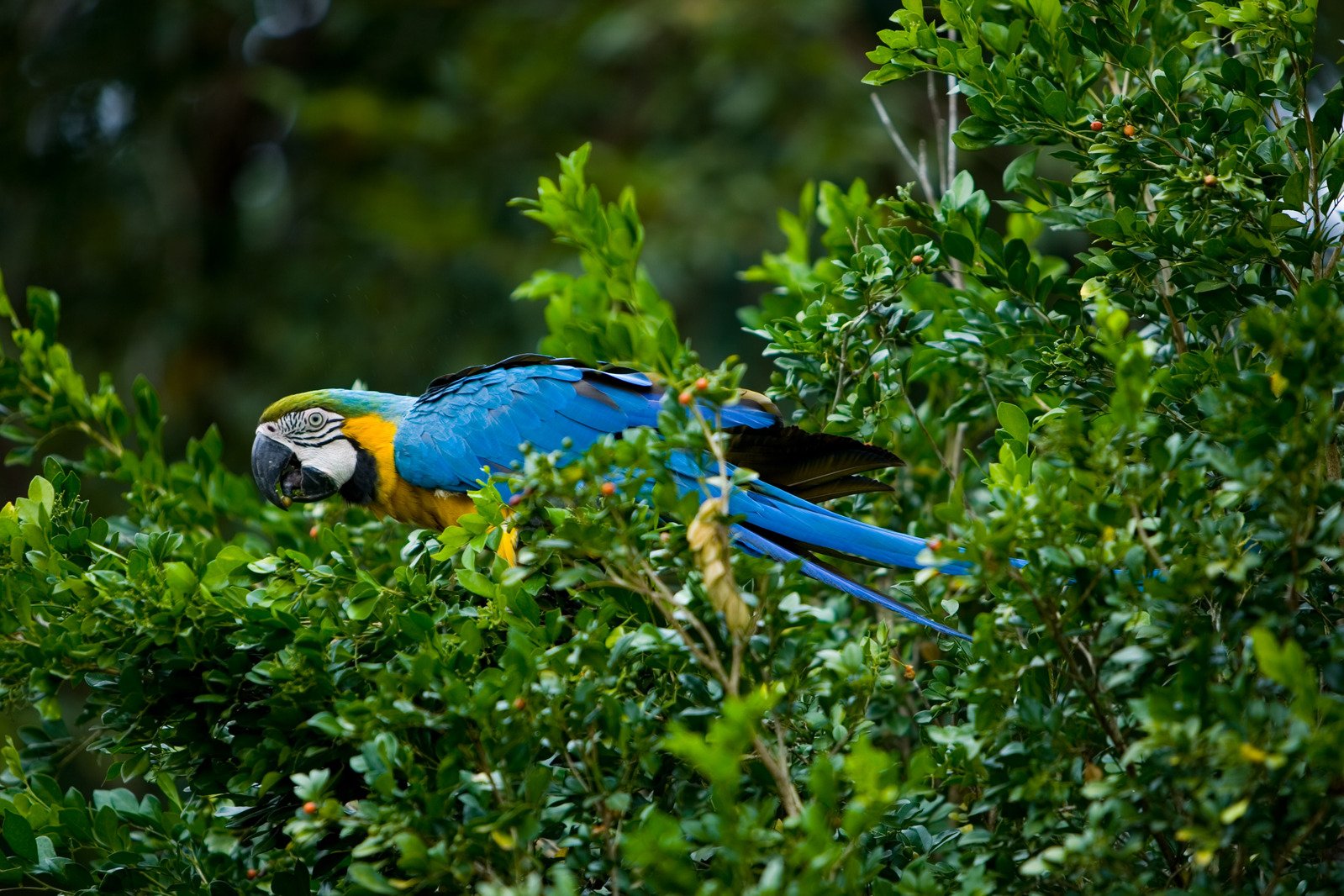 Taxonomically, they are parrots, and there are six genera and 18 species of them. The largest species of them is the Hyacinth Macaw (Anodorhynchus hyacinthinus). 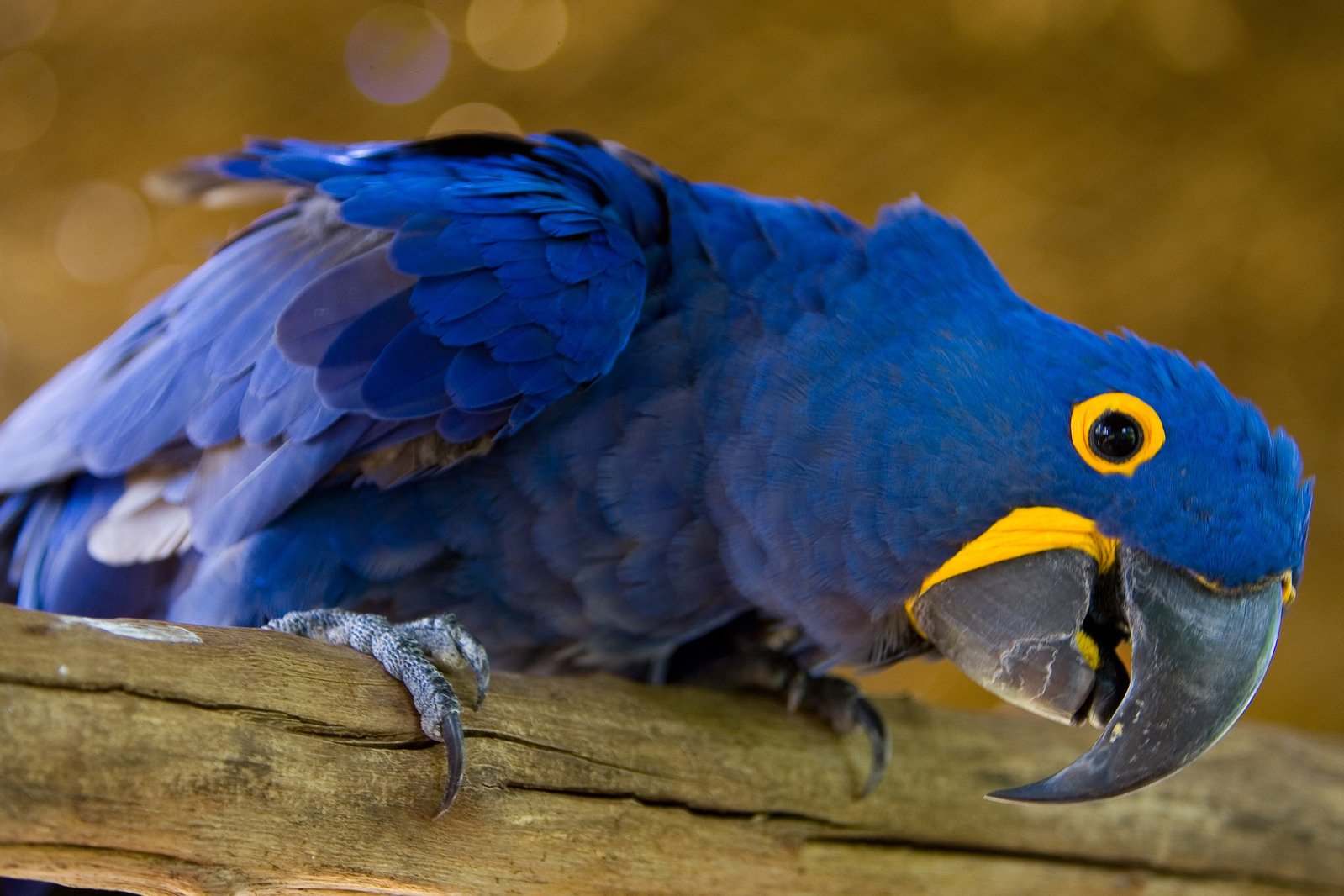 Macaws eat different kind of plant food, such as flowers, leaves, seeds, nuts, fruits, and stems. Some Amazon Basin macaws are known to eat clay minerals. It is believed they do it for sodium (salt).