Australasia and Oceania rainforests are smaller than American, African and Asian jungles, but there are some beautiful rainforests in eastern Australia, New Zealand, and Pacific islands.


Australian Tropical Rainforests
Although the popular image of Australian landscape is the endless dry deserts, Australia was once covered in rainforest. 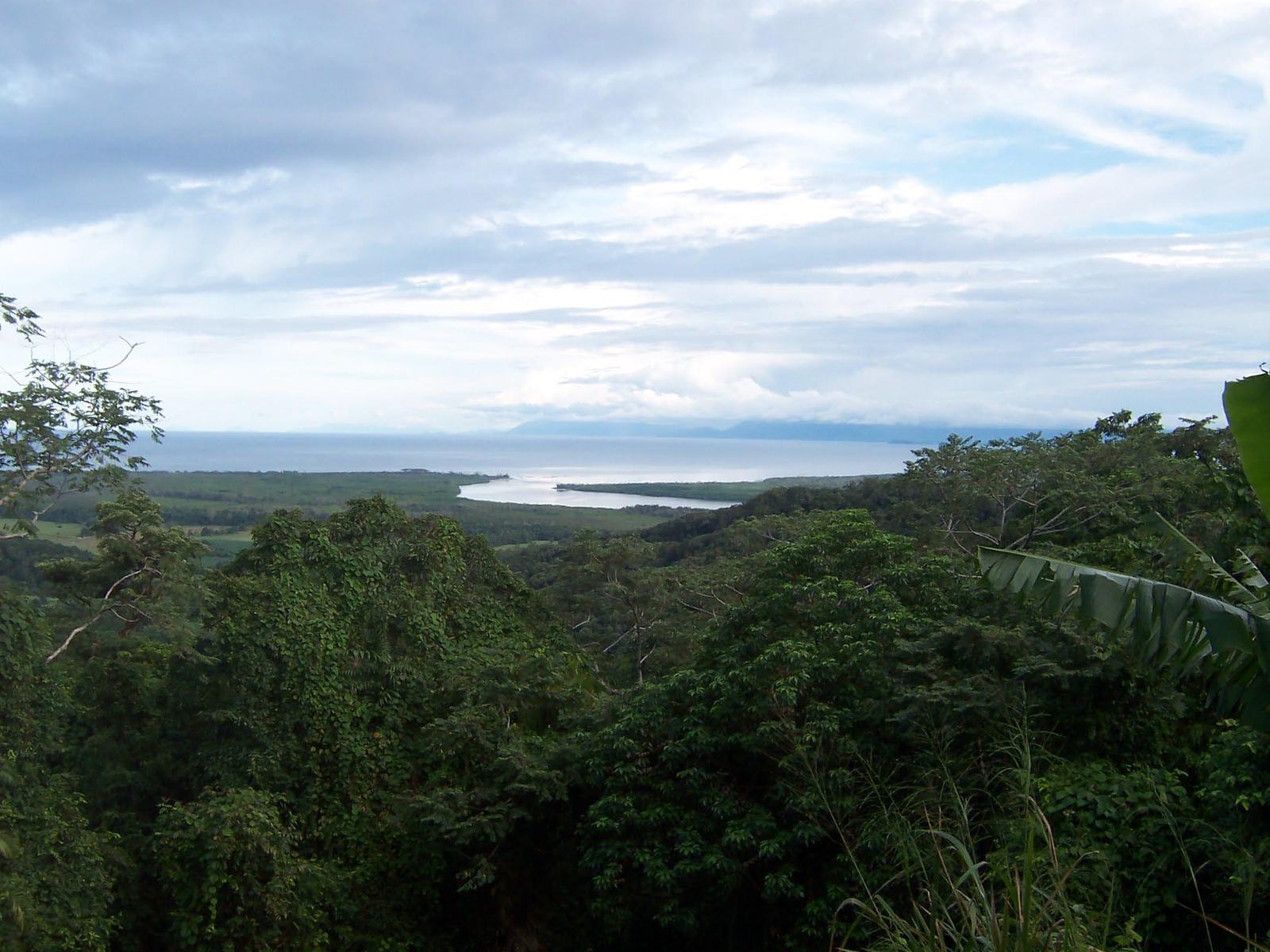 Australian Temperate Rainforests
In southern Queensland and New South Wales are some subtropical rainforests, while further south, in Victoria and Tasmania, are Australia's temperate rainforests. These contain animals like brushtail possums, platypus, echidna, wallabies and kangaroos, forest dragons, and numerous birds such as honeyeaters, cockatoos, parrots, kookaburras and many more. Tasmanian rainforests also contain tasmanian devils - an animal not found on the mainland. 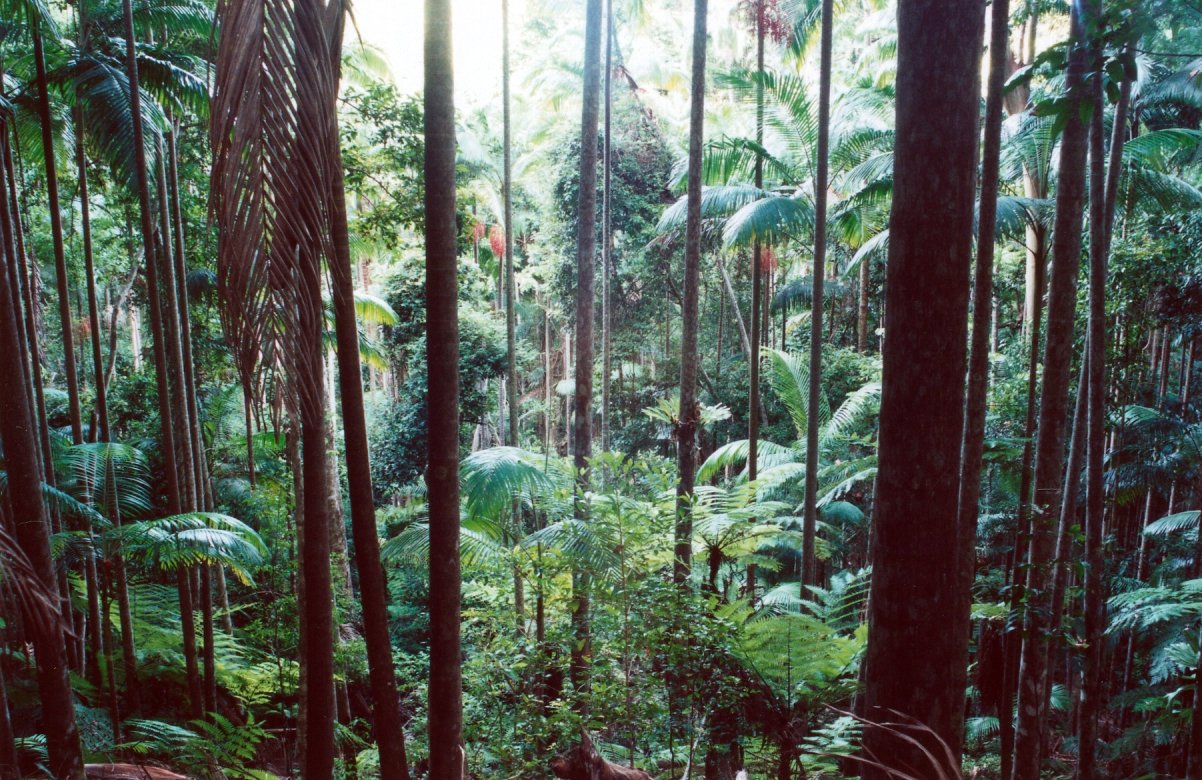 New Zealand
New Zealand's rainforests are temperate. These forests contain numerous tree ferns, southern beech, and giant kauri trees. There are no snakes, but many insects, some of which grow very large, like wetas, which grow at least 8cm long. New Zealand also has many distinctive birds like keas, kiwis, takahe rails, kakapos and more. Birds fill all the terrestrial niches as New Zealand lacks native terrestrial mammals other than bats. But they do have introduced mammals such as domestic cats and dogs, rabbits, and possums (introduced from Australia), whcih have become bad pests. 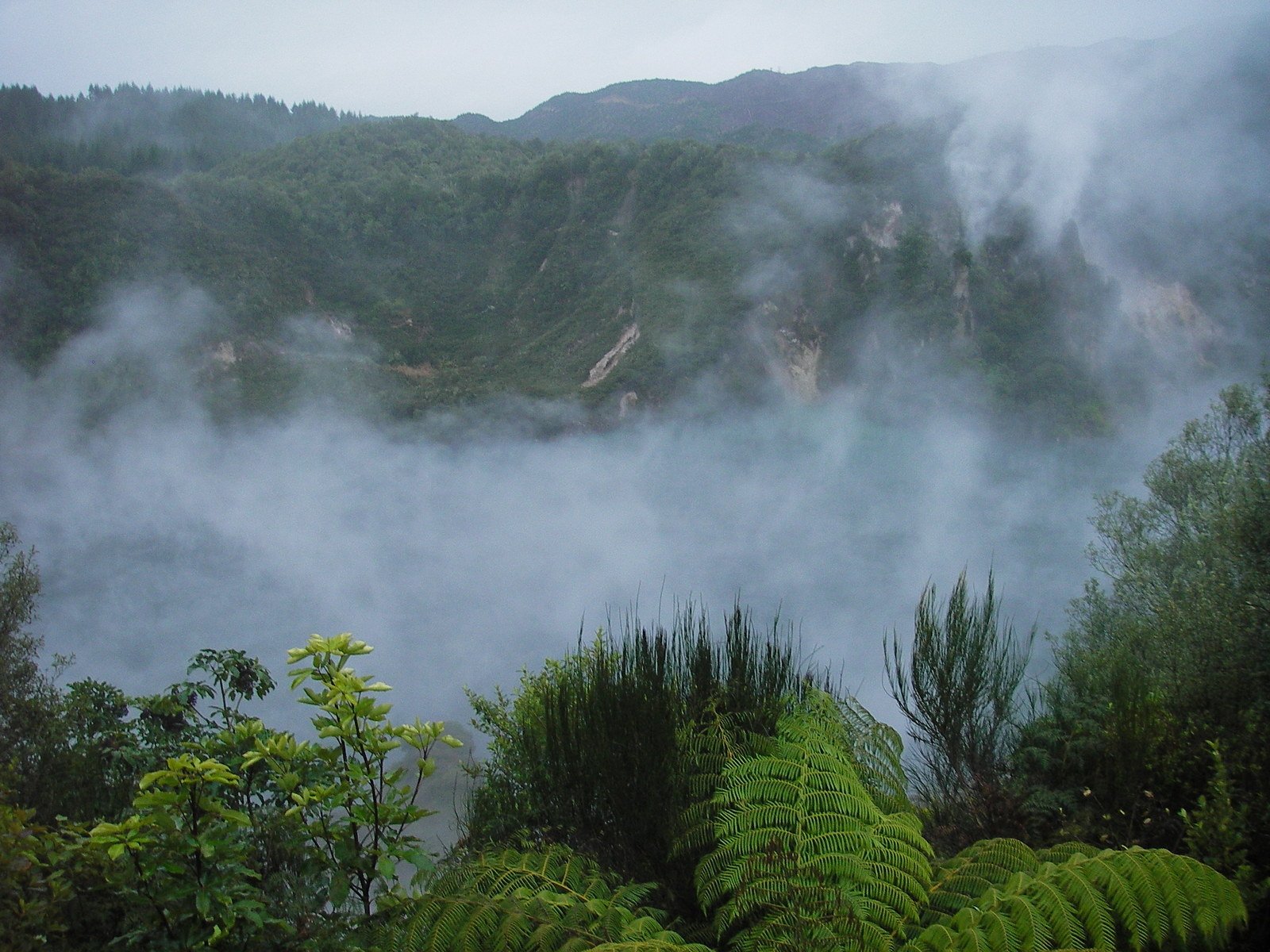 Fiji for example has over 3000 plant species, animals such as iguanas, mongooses, bats and cane toads; and 100 species of birds, 25 of which are endemic. Some of the birds are wandering whistling duck, giant forest honeyeater, whistling dove, barking pigeon, silktail, Fiji petrel, Pink Billed parrot finch, red throated lorikeet, and long legged warbler.

New Caledonia rainforests are tropical moist broadleaf rainforests that contain araucaria pines, kauri, houp, banyan, coconut, niaouli trees and 3200 species of flowering plants - 77% endemic. There are also 73 species of birds but like in New Zealand and other Pacific islands, not many native terrestrial mammals. The only ones in New Caledonia are bats. 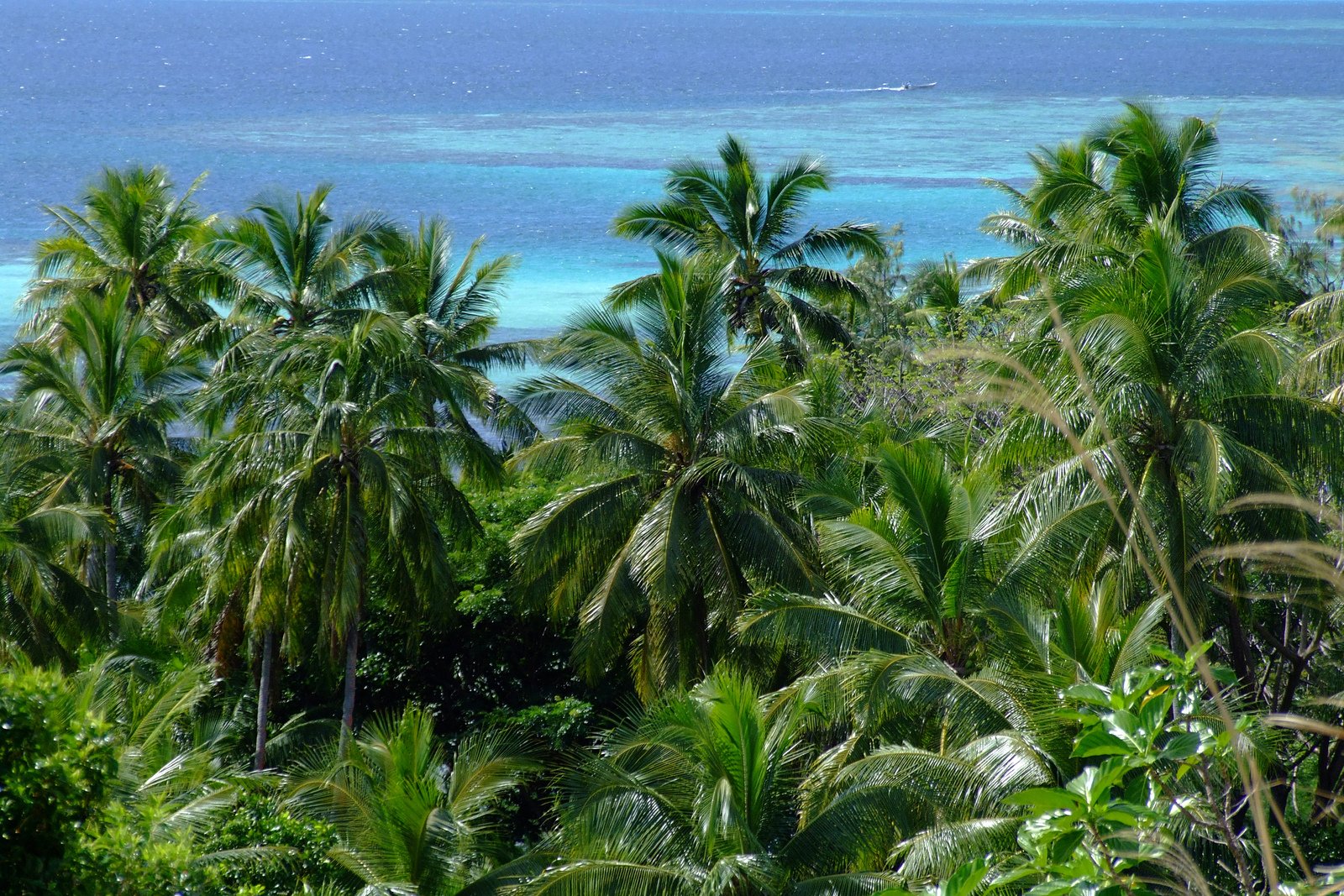 Niue has got some dense tropical forest in the Huvalu Forest Conservation Area. There are many birds, such as terns, hens, and parakeets, but again, the only native mammals are rats and bats; and introduced species such as feral cats are major problem for native wildlife.

Rarotonga and Cook Islands also have some dense rainforest with creepers, ferns, pandanus, makatea and towering trees. The only native mammals are fruit bats (flying foxes), and some native endemic birds are kopeka and kakerori. As elsewhere, introduced species such as cats, dogs and feral pigs are a problem.

Samoa and American Samoa rainforests are partly temperate, with tree ferns, epiphytes, coleus and banyan trees. Samoan rainforests also contain some 75 species of medical plant species. There are not many native animals, except gata (Pacific boa), mo'o (geckos), and a few species of bats. 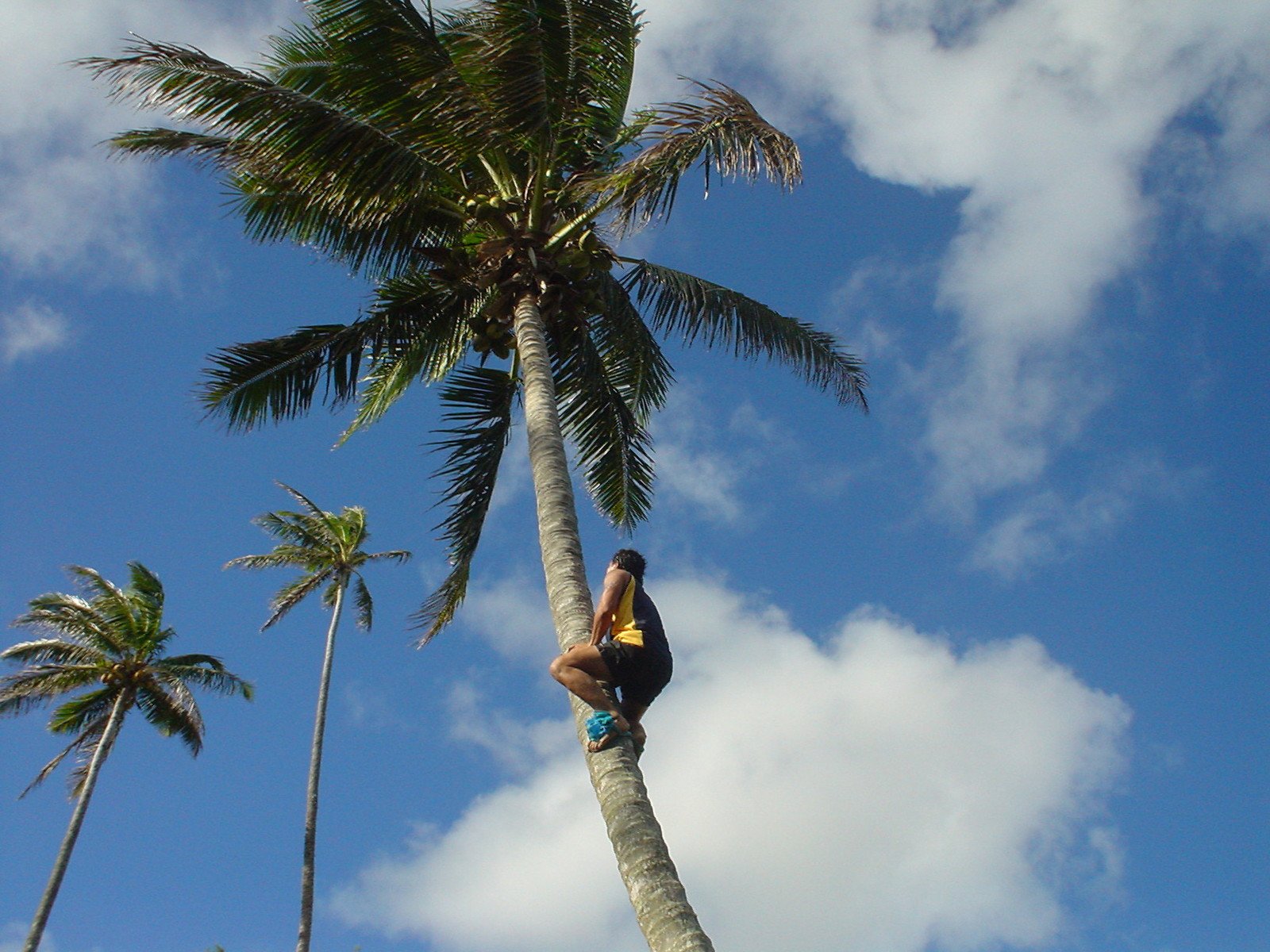 Solomon Islands are surprisingly rich on wildlife compared to many other Pacific islands. The islands are covered by tropical rainforests, and there are 4500 plant species, 230 orchid species, and 173 species of birds, 40 of which (such as rennell fantail and slaty flycatcher) are endemic. And there are four species of rats of the size of domestic cats or even larger. Other terrestrial mammals include flying fox and cuscus. There are also many reptiles, such as a few snakes including two species of boas; monitor lizards and saltwater crocodile. And finally, there are about 130 butterfly species, including world's two largest - Queen Victoria Birdwing and Blue Mountain Birdwing.

Vanuatu has got some rainforests too. The most common plants include banyan trees, kauri trees, palm trees and 158 species of orchids. The only native mammals are bats and flying foxes. There are 121 species of birds, including many endemics, and 19 native reptiles, such as geckoes, skinks, the harmless Pacific Boa, and the deadly saltwater crocodile. 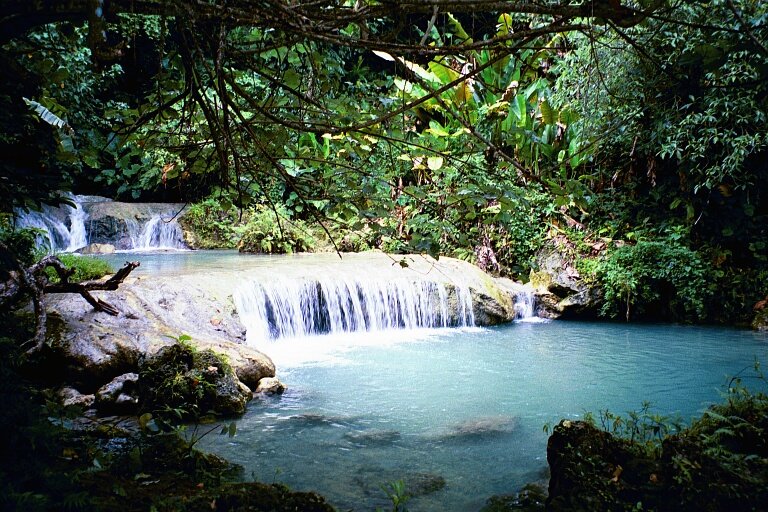 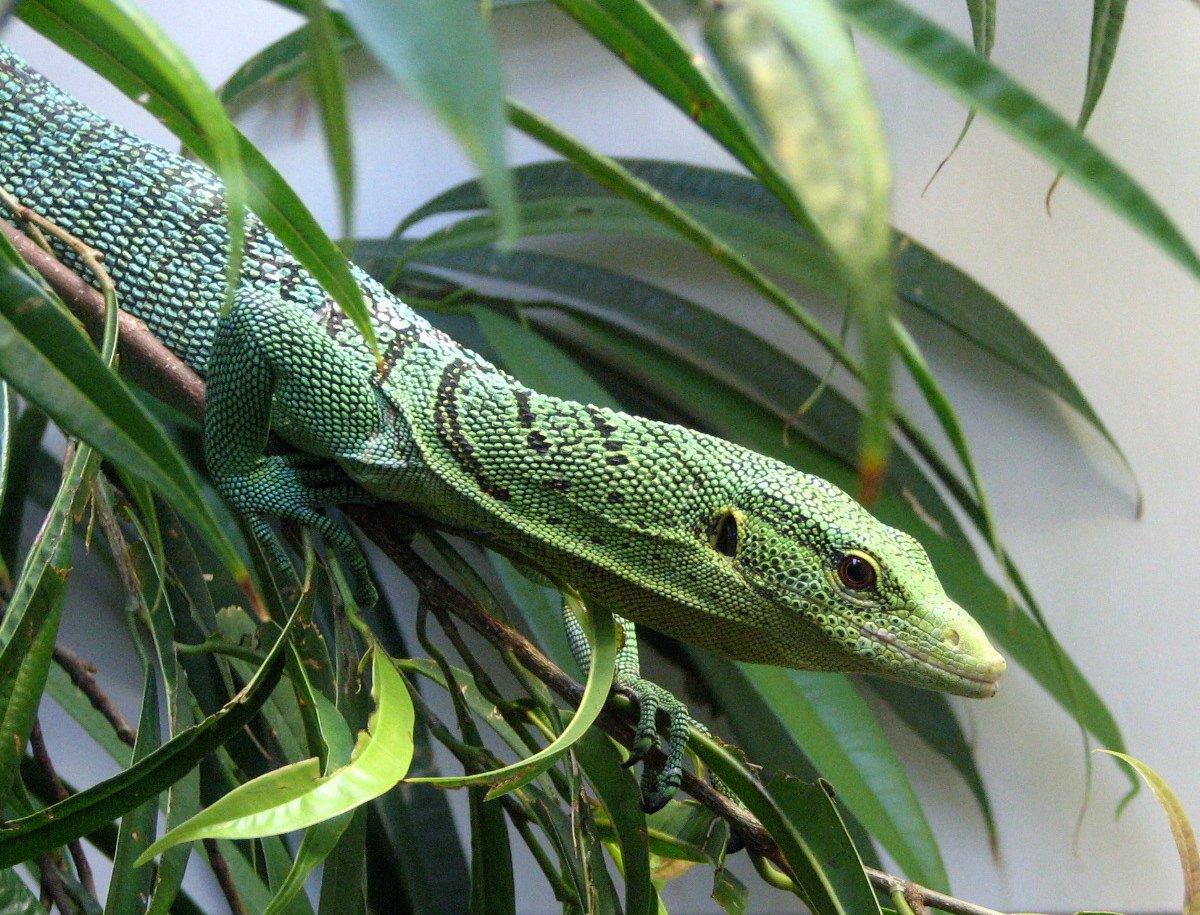